"Wolferton Splash" is the premiere episode of Season 1 of Netflix television series The Crown.

Princess Elizabeth and Philip, Duke of Edinburgh were married on November 20, 1947 in Westminister Abbey. The service was officiated by Geoffrey Fisher, the Archbishop of Canterbury and Cyrill Garbett, the Archbishop of York, the two highest-ranking bishops in the Church of England. She was 21 and he was 26 when they married.

King George VI was a heavy smoker, as was his mother, Queen Mary. Little was known about the carcinogenic properties of cigarettes at the time, and many men of the King's generation began smoking at a young age, having no idea of the risks to their health, or how addictive smoking was. King George's lung was removed, but his lung cancer is hidden from him and the family. 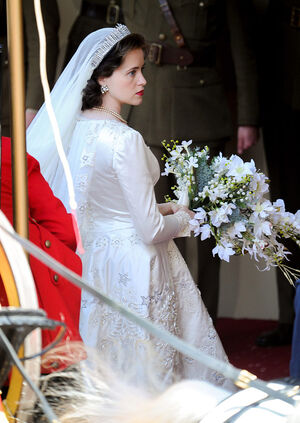 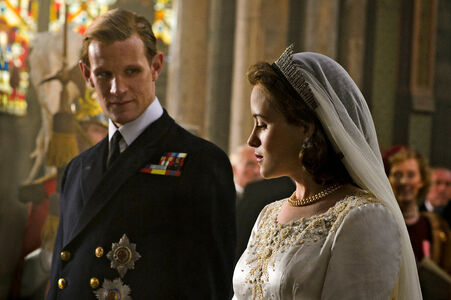 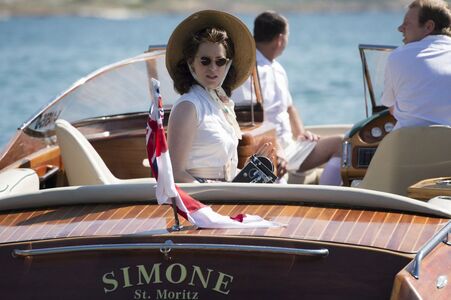 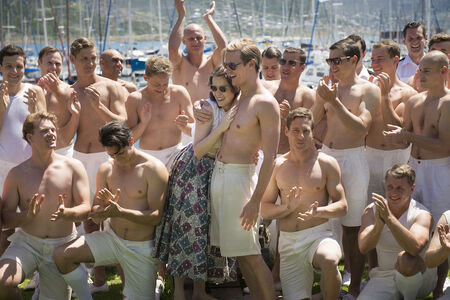 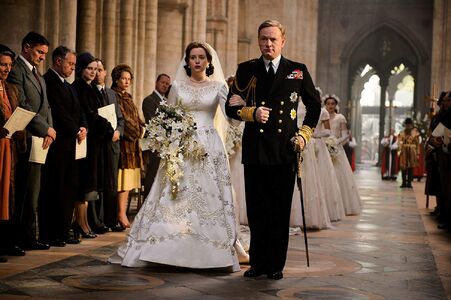