Her Royal Highness Princess Margaret, Countess of Snowden is the younger sister of Queen Elizabeth II. She is played by actress Vanessa Kirby in Seasons 1 and 2 and by Helena Bonham Carter in Season 3 of The Crown.

Based on the late Princess Margaret, Countess of Snowdon, The Crown tells the story of a young woman in love, whose life is complicated and ultimately devastated by the early loss of her father, which splits her family as her sister chooses to honour the history of the Crown of England rather than love for the people in her life.

Margaret is vivacious, intelligent, talented and arguably the soul of the Royal Family. She has an undeniable spirit that informs everything she does, which is wholehearted in all accounts of her life. She enjoys parties, dancing, living life and has a flair for entertainment.

Margaret adores her father, and vice versa. They seem to share a mutual love for life and all its riches. Her father provides the heart of their equation, who guides Margaret's free-spirited character, while she inspires her father with her talent, passion and fiery nature.

Margaret knows Peter from a very young age through his work for the Royal Family and, in spite of his marriage, they fall in love and carry on an affair until Peter divorces and they wish to get married. In spite of their age difference, their passion for each other and the joy their relationship brings their lives is evident and both are committed to one another. 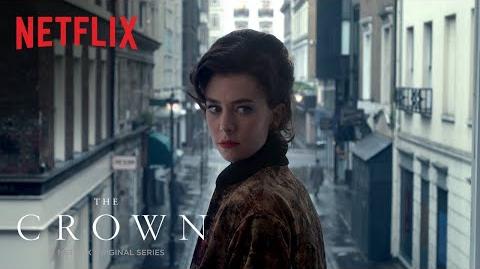